Throughout the year, Shane in Massachusetts has been stacking up Cubs baseball cards for me. Additionally, I made a call out a few months ago I was in need of Arizona Diamondbacks, Colorado Rockies, and Washington Nationals baseball cards to fulfill other bulk team trades.

The Diamondbacks, Rockies, and Nationals cards went directly into team boxes for future trades. Now, it was time to look through the Cubs. In total, over 900 Cubs baseball cards were inside and this pushes my total count in the collection over 392,000 Cubs cards. Before I get to the cards, I’ll have to share a non-card and it’s the Topps candy stand ups from 1991. Shane included Ryne Sandberg, Andre Dawson, and here’s the Mark Grace.

Chicago Cubs minor league history is one of my favorite subjects to research, and is currently an off-shoot project I have going. You can follow the progress on Twitter at @CubEncyclopedia, and I’m in the research stages of a Cubs Minor League Encyclopedia book.

It was nice to add some new Cubs minor league baseball cards from this trade. Do cards have to have players in the Cubs uniform? Short answer is no. Long answer is much longer. It just depends. Dexter Fowler in a Cardinals uniform? No. Dexter Fowler in a Cubs uniform? Yes. Tony Thomas in a Florida State University uniform? Yes. The explanation regarding the following Thomas card is because it’s a Just Minors pre-rookie card from 2008 and he was in the Cubs minor league system. It even states Chicago (N) on the front of the card. I could go deeper in the weeds explaining different situations for what I do and do not include, but that would require its own blog post. 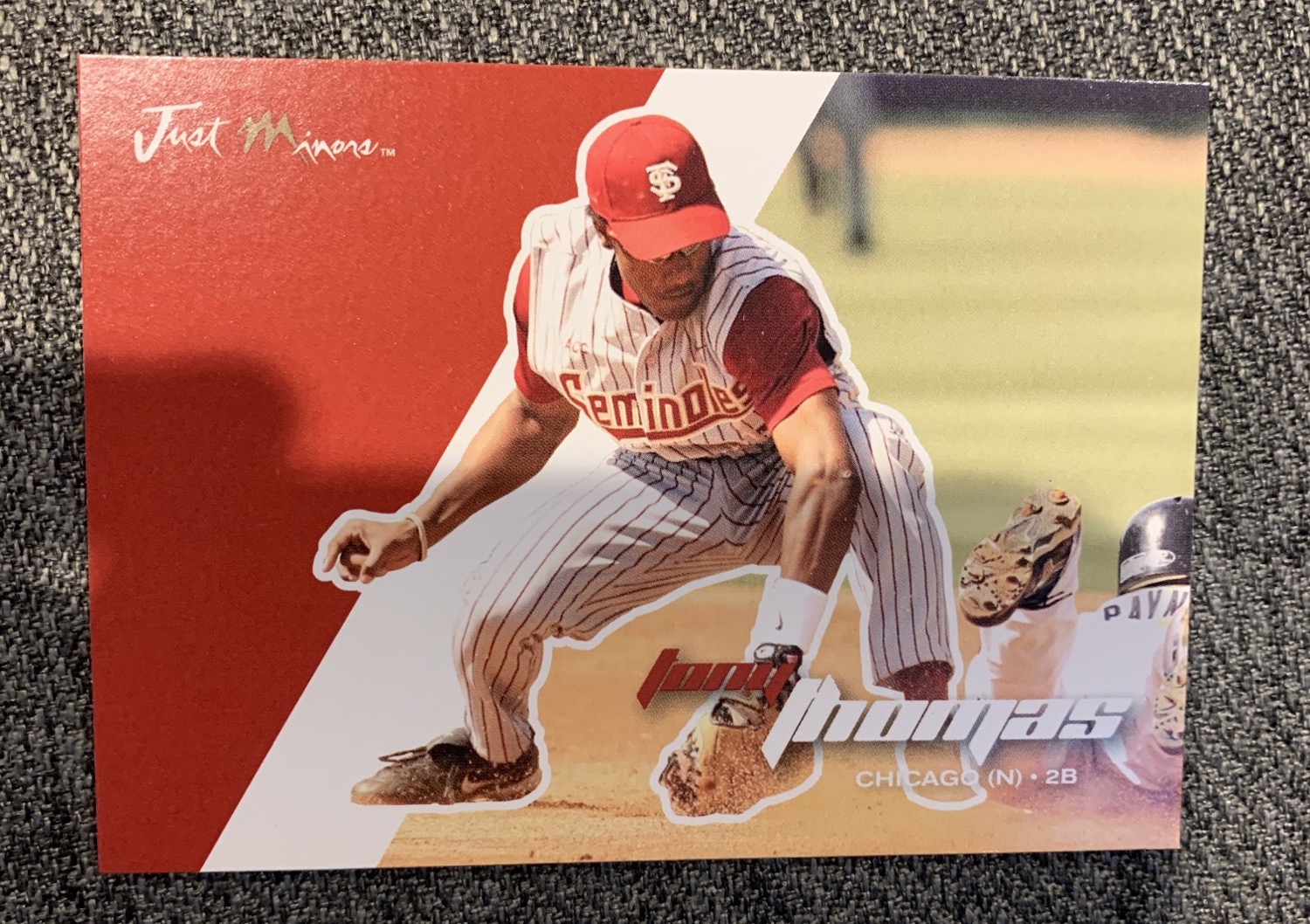 Keola de la Tori. Immediately looking at this picture I knew the era. It has to be sometime between 1998-2002 based on that necklace. Why? Because I sported those same types of necklaces in high school and college. This is a 1999 Team Best of de la Tori when he was pitching for the Williamsport Cubs.

One of my favorites when going through trade packages is stumbling across Cubs baseball cards I do not have. Better yet, finding Cubs cards I don’t have and the player is someone I have never heard of, like Dustin Pate.

Or Jack Johnson. I’ve heard of the singer, and love his music. There’s a famous boxer by the same name. But this is Jack Johnson the Cubs minor league catcher appearing for the Peoria Chiefs in 1993.

Ben Christensen was a controversial first round draft pick by the Chicago Cubs in 1999. Not because he was an over draft, or he was holding out for a big contract. It was for an on-field incident while he was in college at Wichita State. During a game against Evansville, Christensen was throwing warm up pitches before the game. Evansville’s Anthony Molina was batting lead off and standing 24 feet from home plate timing those warm up pitches. Then, Christensen did the unthinkable by throwing a fastball at Molina, hitting him in the eye which essentially blinded him. Don Doxsie of the Quad City Times recapped the incident and follow up earlier this year.

While researching the Cubs minor leagues and creating a database I often run across names I have never heard of. Names like Toby Matchulat. So, it’s pretty cool finding a Cubs minor league card of those players like this Matchulat featured with James Leverton and Justin Bristow from 2008 Tri Star.

How about this Carlos Zambrano card? He sure does look skinny. Of course, we all look less skinny from age 19 to age 38.